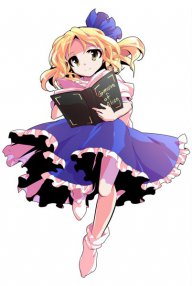 Reading official translations of a webtoon that had horrible fantranslation feels so nice~ Dec 2, 2021