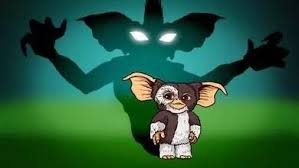 Well-Known Member, from Your Closet

Did you know? Followers of satan get free chocolate chip cookies? Oct 23, 2017